Travel is about so much more than getting from point A to point B – unless point A is a restaurant and point B is an ice cream store, in which case the quickest route is always best. This is especially true on those whirlwind trips when time is short and the list of must-visit restaurants is long.

As the weather gets colder, more and more people are planning those brief weekend trips to the (slightly) warmer weather of Sydney, which is why you might find this suburban foodie’s guide handy. Use it to cram as many delicious multicultural meals in as possible – no time for digesting!

Though Sydney’s Chinatown is next to the CBD, Ashfield has been declared a “semi-Chinatown” (a Chinavillage, maybe?) Head here for the sweet and sour flavours of Shanghai. 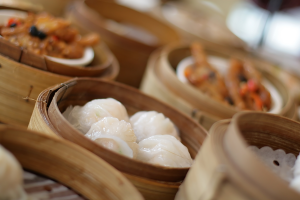 Dubbed “Little Greece by the Bay”, this waterside suburb is packed full of restaurants specialising in Greek classics like souvlaki, spanakopita and a host of traditional dishes made with incredible fresh seafood.

For decades Leichhardt has been the heart of Italian culture in Sydney. Wander through the Italian Forum with a generous scoop of gelato for a taste of Rome Down Under.

Lakemba is like a mini cultural melting pot in itself, but it’s best known for fantastic Lebanese cuisine. This is where you’ll find traditional Lebanese dishes like falafel, hummous and, of course, kebabs. 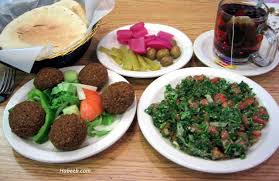 Thanks to Oporto, Portuguese chicken is everywhere now – but Petersham is where you’ll find the real thing. But the real draw here is the Portoguese tarts: crisp, buttery pastry filled with sweet, eggy custard.

The site of Sydney’s 2000 Olympic Games, Homebush is also a hub of Sri Lankan cuisine, with restaurants boasting everything from curries and roti to desserts like watalappam, a coconut custard.

Throughout the 20th century Auburn’s largely Anglo-Celtic population was gradually replaced by a mixture of migrants from Asia and the Middle East. Many of these were Turks, whose spiced kebabs, borek and pide are now available throughout the suburb. 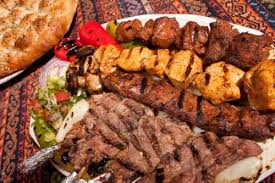 Boasting the largest Vietnamese community in Australia, Cabramatta (or “Cabra” if you’re local) has become a place of pilgrimage for those seeking the best pho, rice paper rolls and banh mi in the city.