It was time for our regular work catchup dinners and Saint Crispin was the venue of choice. We had to see what the recently awarded “Best New Restaurant” by The Age Good Food Guide 2014 was all about. Saint Crispin is located on Smith Street in Collingwood and has taken over where Cavallero used to reside. Saint Crispin is named after the patron saint of cobblers, tanners and leather workers and also ties in with the buildings original use as a cobbler’s workshop.

Scott Pickett (The Estelle) and Joe Grbac (ex-The Press Club) form a partnership to create this one hatted restaurant. As you walk in through the strong wooden doors which are flanked by cast iron black lattice you enter a classy yet casual venue. There is an exposed brick wall on one side and the long marble bar on the other side. Towards the back is the open kitchen, where you can see chefs creating each of the dishes that go out. The tables are strong wooden non polished tables and I like this – adding to the rustic feel which links it to the surrounding area – paired with leather comfortable seating on one and wooden chairs on the other with cushioning. There is seating at the bar as well on high stools which allows you view the kitchen from a better vantage point. The interior was designed by Leah Hart.

The menu is centred around using seasonal and fresh local produce and covers a variety of types – there are seafood, food, chicken, pork and vegetarian dishes on offer. There is also Alba White Truffle available for an extra $40 a serving which we were told was flown in that morning. The way the menu is designed is that there is a selection of three a la carte combinations. There is the two course ($50), three course ($60) and the chef’s tasting menu ($120) – which comprises of seven courses – five savoury courses and two desserts. There is also the option to order Little Bites and Sides. The Little Bites consist of charcuterie. Crudites, Oysters, Eel Croquettes and an interesting named dish called Snap, Crackle and Pop (which I learnt was the Pork Crackling in a Prawn Cracker format).

There for four of us and three of us decided to go for the three course menu and one person did the two courses.  Before deciding to order – we were given small starters that arrived on a wooden circle piece of wood. On this day we had Chickpea squares with Marshmallows. The squares were really delicious bite sized morsels and the marshmallow provided a sweet palate and was very soft and cloudlike. Once we had ordered our food we were served bread which came with a serving of butter and the yummiest Caramelised Onion and Cream Cheese spread. It really is a spread that makes you go ‘WOW’ and my only qualm would be that we received too little of the spread.

What I do like about Saint Crispin is when each dish is placed down they explain what each dish is and what is in it. I like this personal touch. For entrée I ordered the Sand Flathead, Mussels, Sea Vegetables and Crème Fraiche. I was interested to know what Sea Vegetables were and when I asked the waiter – he didn’t offer much of an explanation other than “things that you find by the sea shore.” The fish is the centrepiece of the dish, with the sea vegetables around and on top of the fish with the mussels on the side. The Crème Fraiche comes in a separate little jug which the waiter then pours on top of the fish for you. The fish was cooked just right and came in two pieces – however I felt that it could have been seasoned a bit more as I couldn’t eat the fish on its own – it needed the addition of the Crème Fraiche. As a whole the dish with all its elements especially the mussels, worked well together and the Crème Fraiche was delicious and perfectly seasoned. The sea vegetables were interesting and I am still not quite sure what each of them were called.

The others ordered the Atlantic Salmon, Shaved Calamari, Oyster, Squid Ink and Saffron for their entrées. I was lucky enough to try some of their dish. The dish was an extremely colourful dish set against the backdrop of a large black plate. The Salmon was cured and poached and as a result was tender and flavoured very well. There was shaved calamari and an oyster which was hidden underneath the salmon, together with a crisp tapioca coloured with black squid ink placed on top of the salmon which gave an added crunch. The combination of all the elements together with the saffron sauce and squid ink sauce created a truly magical dish.

After our entrees we were asked if we wanted more bread and how could you resist more of the Caramelised Onion and Cream Cheese spread – sadly however this never came.

For mains I ordered the Swordfish, Maloolabah Prawn, Nicola Potatoes and Kohlrabi. The swordfish came out beautifully presented. The piece of swordfish was thick and juicy and wasn’t dry at all – which is a sure good sign of a fish being cooked well! The addition of the balsamic sauce really made the dish and paired really well with the fish. The potatoes were creamy and smooth and added further compliments.

The others ordered the Bannockburn Chicken, Kalamata Olive, Cos and Spring Garlic. This was essentially chicken done in three ways – a popcorn chicken style – with crumbed and fried chicken which they all enjoyed, a coiled piece of chicken and a large thick seasoned piece of chicken with crispy skin. They seemed to like the dish but not love the dish and said elements needed to be worked on  or a different combination of ingredients added.

With our mains we ordered Sebago Potato Crisp, Seaweed Mayonnaise which was as expected really delicious. I did love their take on the seaweed mayonnaise – and it worked well with the crispy and crunchy potatoes.

Next up was dessert – which is the part of the meal that I look forward too. There were really great options to choose from but I opted for the Mango, Coconut, Vanilla and Verbena on recommendation from the waiter. He informed me that it was a pannacotta – and that was all he had to say to have me order this dish. I LOVE PANNACOTTAS. This dessert came out in a bowl and had a wafer like biscuit on the edge which looked like a spoon which I thought was quite funky. The Mango, foamy Coconut and other elements which included pretty pink and purple verbena flowers sat on top of the pannacotta. There were additional white chocolate balls which added crunch and texture. As a whole the dish worked really well together – I love the combination of mango and the creaminess of the pannacotta – it really is a great summery dessert. My one gripe though was for me there were too many white chocolate balls – and it made the dish too sweet for me, so towards the end I had to avoid eating them and just enjoy the other parts of the dish.

V ordered the Blood Orange Parfait, White Lemon, Yoghurt and Mandarin which I must say was the best dessert of the night. The dish when it came out looked fantastic – the presentation was amazing. – the rectangular parfait was topped with a colourful array of ingredients all placed on top of a white lemon smear. The parfait was creamy and smooth and had a really tasty cake crumb at the bottom and together with the acidity of the blood orange and the mandarin was the perfect balance of flavours. It was one of these desserts that you could eat a lot of and still not get sick of.

C ordered the Chocolate, Earl Grey, Milk and Ginger – which once again was nicely presented. This dessert was a chocolate mousse slice which was rich but light and airy just as a mousse should be. The Earl Grey ice cream was a great combination and worked well the rich and creaminess of the chocolate and really was the perfect addition. As a whole a really great dish for any one that loves chocolate.

As we were seated near the kitchen area, for most of the night we heard the head chef yelling out for the orders and telling the staff when the dishes were ready, which made it harder to keep a conversation going with people on the table. However, it did showcase the efficiency of the kitchen. To finish as we were waiting for the bill a wooden box made to replicate The Bible was placed on our table with a set of sweets inside – on this night we had a nougat – which had the perfect amount of stickiness and tasted delightful. It was a great way to finish off a good meal.

Saint Crispin delivers good food, presented exceptionally and provides great atmosphere. They provide interesting combination of ingredients together with some hidden surprises and familiar flavours. Desserts are definitely their strong point, as well as entrees following suit. I would like to see what dishes they serve up in the next menu change.

Rating : 3.5 Pandas
Price: $$$
Menu – Refer to the menu in the link above. You can also look at http://www.saintcrispin.com.au/menu.pdf. There is a choice of a Two Course ($50), Three Course ($60) and a Chef’s Tasting Menu – 7 courses ($120)
Fullness: 100%
Atmosphere / Ambience: Relaxed yet classy and very enjoyable. Great place for a catch-up dinner with friends or family.
Standout Dish: Atlantic Salmon, Shaved Calamari, Oyster, Squid Ink and Saffron and  Blood Orange Parfait, White Lemon, Yoghurt and Mandarin
Service: Friendly and Attentive although sometimes forgetful?
Online Booking: No
Restaurant Details and Location:
http://www.saintcrispin.com.au/
300 Smith Street, Collingwood
Tel No: 9419 2202 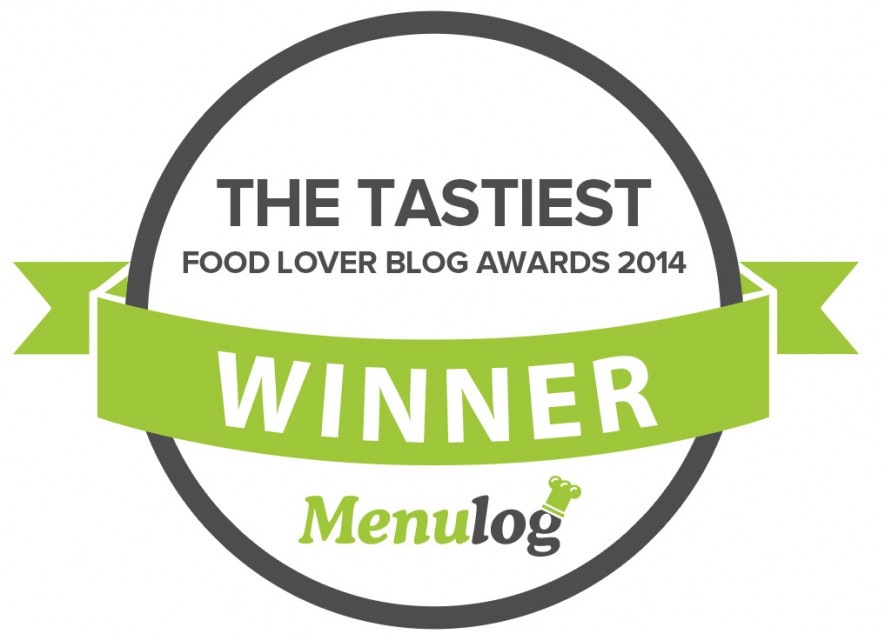